Happy Halloween! Don’t let this picture fool you. Unlike his Lion costume, Buddy hated this thing and kept trying to eat it. 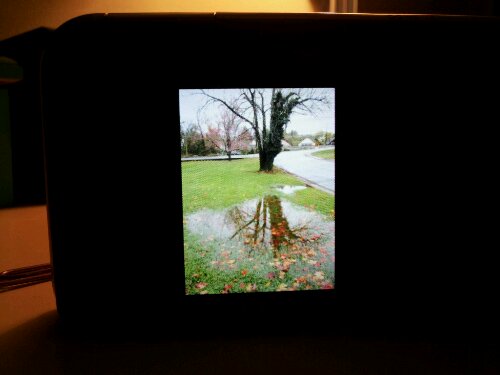 It seems we had the sweet, loveable Sandra Dee in our area while further north the cigarette-smoking, leather-wearing Sandy prevailed. We were extremely fortunate, having only steady rain and a little wind instead of the mass flooding and destruction seen in other parts of the East Coast. Now that she’s moving out, the rebuilding can begin. Material things can always be replaced. My thoughts and prayers are with those further north who will be dealing with the hurricane’s aftermath for days and weeks. It could have always been worse though. 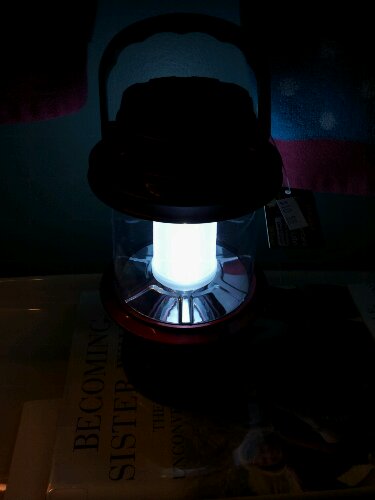 My new little red lantern is all ready in case Hurricane Sandy takes out the power in the middle of the night. So far, we’ve been lucky and haven’t had any problems. Unfortunately, some others haven’t been so lucky. My thoughts and prayers are with those experiencing the brunt of this Frankenstorm. At least we’re almost halfway through. I think she’s supposed to leave Wednesday morning. Then it’ll be time to rebuild and get everything cleaned up. Things can always be replaced, but people can’t.

Today was kind of a lazy day for me, which is rare. Ron and I went to the grocery store this morning, picked up a battery powered lantern in case Sandy takes out our power and went to lunch. Then we came home and Ron did the laundry while I watched ridiculous Halloween-esque movies on TV. I did get some work done though. And now we have clean clothes, bottled water, candles, a lantern and batteries in case we lose electricity. I think Buddy is all set for the hurricane too. He’s stocked up on food and treats and he has a new toy he picked out yesterday on his first PetSmart trip. Now I just hope Sandy goes back out to sea and spares everyone. 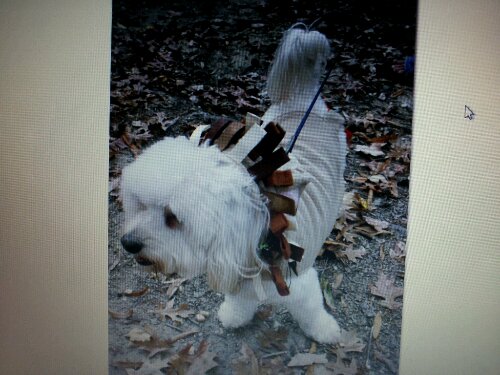 This is the third time I’m writing this blog because WordPress is acting crazy. So now that I’m sufficiently annoyed, this is Buddy in his lion costume. And yes, that’s all you’re getting because I don’t feel like writing the whole thing again. 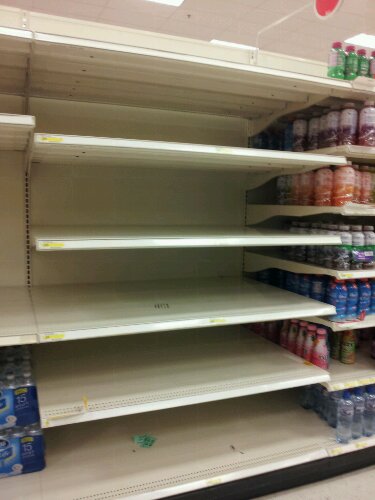 These are the shelves at Target which used to hold gallon jugs of water. It looks like people are prepping for Hurricane Sandy, which is a good thing. If the storm hits, you’re prepared. If it doesn’t, you just have a little bit extra of things you would use eventually anyway. No harm, no foul. 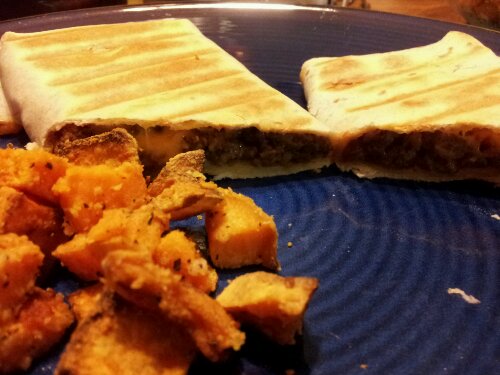 I made something new for dinner tonight–parmesan sweet potatoes and skinny cheeseburgers. I’m not a big fan of sweet potatoes, but Ron loves them so I figured I would try a new recipe for them. It was a ton of work though, peeling, slicing and cubing them, but they tasted pretty good and he loved them so that was a success. The skinny cheeseburgers were amazing! Instead of a bun you wrap them in a tortilla shell and then grill them. Yum! 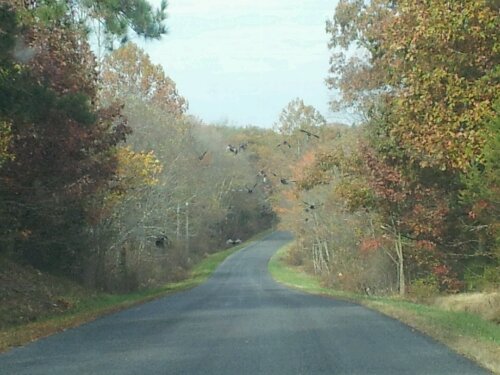 Turkeys! I was driving to work this morning when I encountered a whole flock of turkeys in the roadway. This is the same spot last week where a herd of deer crossed the road in front of me. I may be a commuter, but I have the benefit and blessing of commuting with nature instead of other cars and traffic. I see the most amazing things on the way to and from work. I’m definitely grateful for being able to have my style of commute versus heading up or down I-95 everyday. 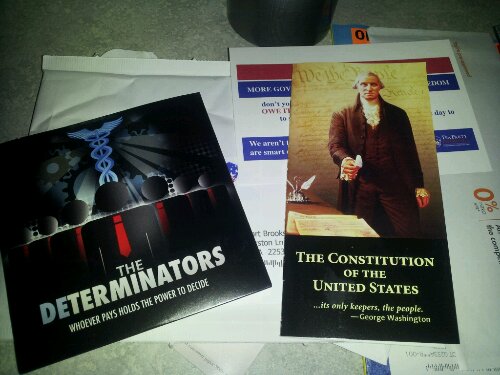 Now I’m not usually one to turn down free stuff, but I have to admit this one is weird. The Tea Party Patriots sent me a DVD and a copy of the Constitution in the mail, unsolicited of course. I’m not entirely sure which candidate they support since usually tea partiers are extreme Republicans but this seemed a little more left leaning. I got all of that from the packaging of course as there’s no way I’m going to sit and watch two hours of political propaganda. I’m pretty much over the election. I’m sick of the phone calls, emails, mailers and debates. I’d like to watch TV again without being bombarded by political ads, most of which are total crap. Seriously, check them out on politifact.com. The site tests the truth about what’s said in the ads and by candidates, without any preference as to political party. Can’t we just vote now and put an end to it all?

The fall colors have been exceptionally amazing this year. I don’t know if was the hot summer or what, but the colors seem to be brighter than usual.